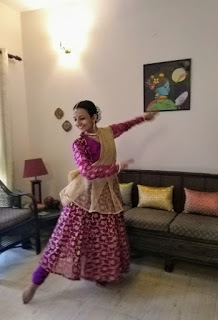 What is that one arena in India where it is perfectly legitimate to be lascivious and come hither? A trifle cheap as they say.  Fleshy, undulating and mock seductive. You can throw your head back, tip it one way, or even cock it.

The eyes could be dilated under twitching brows, narrowed for coquettish effect or just plain rolled and crossed playfully. No one bats an eyelid! Looking in from the outside, it would appear to be a rally called ‘Humans against inhibitions’. It’s alright, you can use your handkerchief as a prop. Just bite one corner and pinch the other with both hands. Now swing the head, both arms and the waist to mimic coil uncoil. Don’t worry about your appearance.

There is sure to be a human snake close by, hands cupped over his expressive head, lunging at thin air. You don’t have a buoy, simply imagine one. A stack of currency notes for one. Careful now, this one needs skill. You begin to flick them into the sky with the right index finger and off the left palm, gyrating all the time, bend those knees a bit. Such a suicidal but celebratory sense of abandon, quite un-Indian. It is perfectly acceptable to balance a full glass of the amber beverage on the head and teeter, egged on by bashful beams. This is the safe space for the most part to let the hair down.

You are free to cut the rug in multiple directions. Be as jerky, as twirly, as trippy as you like, you know perfectly well that just beyond the floor lies your true, dignified self. This is just pretend. A hark back to our Bollywood subconscious. A glimpse of the play that lurks in the heart. A window to the primal masquerade. And you are in plenty company even as you pirouette around a bellowing dupatta. The spectators! Their mirror neurons are lit and frisky. 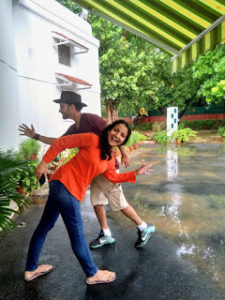 Have you struggled with a closed door in your house ever? No, it’s not jammed. It has been...