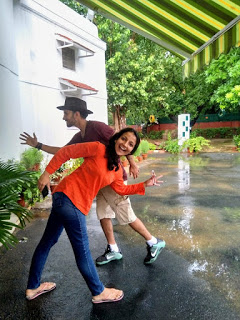 Have you struggled with a closed door in your house ever? No, it’s not jammed. It has been deliberately and firmly shut and latched with an intention to keep you out. Go ahead. Knock. First gently, then insistently, soon with an ear flattened against the wood. Call tentatively to begin with, then louder but the music is insurmountable. Your innards begin to erupt now. Some guests are expected home and you want to forewarn the kid. Perhaps you want the curtains inside measured for a makeover.

Quite likely it’s the family dog you think has gotten locked in. Even a fire, god forbid! But the door stays in place. You stand rooted one paralyzed moment then shuffle away in bewilderment. Oh good lord, what if he is writhing in fever! Hope he has not passed out, horizontal in an alcoholic haze. You bolt back at the door. There’s a gap between the panels. You grab the handles and apply pressure, sinking to an arthritic haunch. While you are craning to align the eye, the domestic happens upon his crouching Madam.

“Dukhi, I dropped the tiny screw on my ear stud, use your broom later alright!” You heave up exhaling an exasperated sigh while he looks on, squinting at you limp off in a cloud of injured dignity. But the needles of suspicion are stabbing at you. Betoo’s toe had just begun to come into view when you were interrupted. What if he suffered a stroke having smoked up until dawn with his scruffy bros. Could he have been poring over porn? Beads of sweat threaten your forehead now. You reach for your loyal bottle of Sualin and pop a tablet, wincing at the sickly sweetness. Lowering gingerly on to the edge of your bed you address yourself, “Try looking in from the windows across his room, get up!” Just as you are picking yourself, a disprited young voice comes cutting through the corridor, “Ma, I sent you a Whatsapp message last night to wake me up at 6 am, I just missed an important session. Don’t you guys check your feeds?” 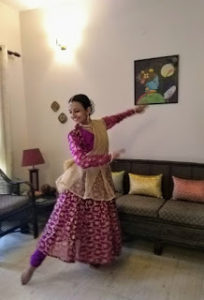 What is that one arena in India where it is perfectly legitimate to be lascivious and come hither?...